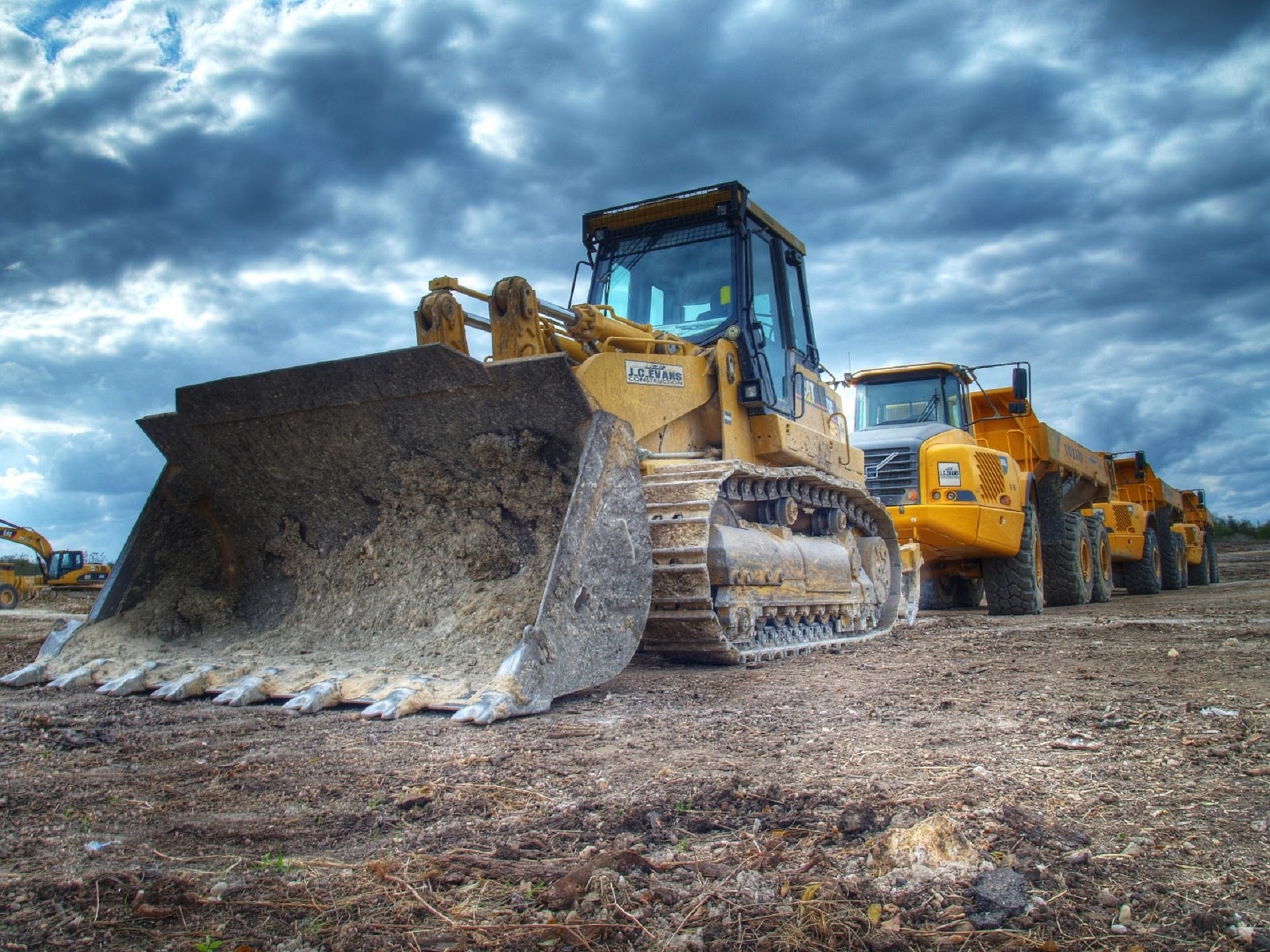 Chart 1 shows that despite the Obsidian economic indicator remaining at elevated levels, iron ore and platinum group metals plummeted during the quarter, while most commodities, including coal, oil and base metals have continued to soar over the same period. 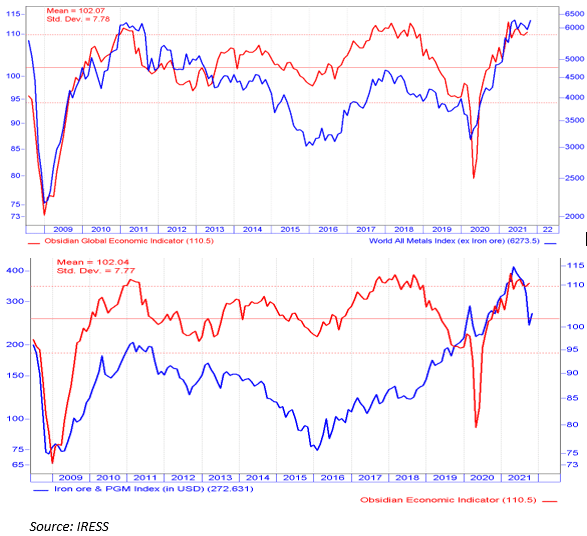 While South Africa may have pioneered the concept of load shedding, rolling blackouts are now something that other countries like China, the world’s largest producer of goods, have had to deal with. The post-Covid boom in global demand for goods has pushed Chinese factory production and power demand to record levels. Meanwhile, electricity supply has not kept up with demand.

A lack of investment into “dirty” coal mines and fossil fuel-powered power stations due to environmental concerns has meant that China is now facing a severe shortage of the key power-making commodities. Sanctioning of Australian coal and Covid-related closure of borders to Mongolia, another key coal producer, have further compounded China’s coal shortage and constrained electricity supply. Chart 2 shows that Chinese power supply has sharply decelerated while power consumption is outgrowing generation.

This power crunch has sent energy-related commodity prices, such as coal and natural gas, soaring over the period. The price of aluminum, which requires a huge amount of electricity to produce, has also surged on the back of rising electricity prices.

Chinese regulation has been a theme across a range of sectors this year. We have seen new regulations implemented in the housing, education, gaming, gambling and internet sectors recently. These regulations now seem to be impacting the commodity sector too. China has identified property development as an area of excess speculation and have escalated attempts to cool that market. Furthermore, the Chinese government want to pivot the economy away from a fixed asset investment-driven growth model.

The Beijing Olympics in February 2022 is an event for which China is aiming to have clear skies and no pollution. Therefore, in the short term we expect regulatory pressures on Chinese steel production to persist, at least until this showcase event.

However, looking into the medium to long term, we think that China’s demand for steel should continue to increase. With China’s urbanisation rate in the low 60’s, compared to 85% of other industrialised nations such as Japan, we still see significant scope for growth in Chinese construction and steel demand.

Chart 4 illustrates that, compared to Japan, China is still relatively early in its urbanisation journey which is supportive of growing construction activity going forward. Therefore, while headwinds to steel production may persist in the short term, we believe that looking into the long term, Chinese steel production is still yet to peak. 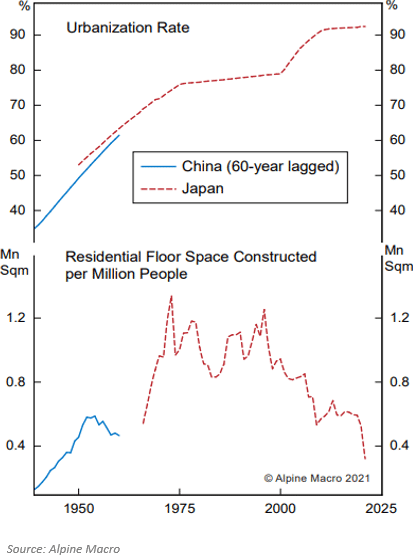 Can PGM’s have one last Hurrah?

The largest source of demand for PGM’s such as platinum, palladium and rhodium come from vehicle manufacturers. Following the Covid-induced contraction in 2020, we entered 2021 expecting new car sales to recover from depressed levels towards the levels of 2018/19 at around 90 million cars. This growth in demand, together with limited supply of the metals, was expected to maintain the large PGM deficit which has caused the elevated pricing environment over the last few years. However, this has not played out as the global chip shortage has negatively impacted vehicle manufacturing.

The average car is packed with 1,400 semiconductor chips that control everything from airbags to the engine. The unavailability of chips has resulted in major cuts to vehicle production over the course of the year. Chart 5 illustrates how lost vehicle production had worsened across all major manufacturers in Q3.

Global vehicle production is now running well behind expectations at a run rate of only 75 million units for the year, eradicating the PGM deficits. Currently the situation in terms of chip supply remains extremely opaque; in the words of the Volvo purchasing manager, “I feel like I’m driving a ship in the fog with no radar.”

Ultimately the chip shortage will correct itself, and at some point, in 2022 vehicle production will recover. There are already encouraging signs of recovering chip supply from Malaysia, an integral part of the semi-conductor supply chain, with factories operating near 100% again following a devastating 3rd Covid wave.

The Quarter that was

Global economic indicators remain at elevated levels, which should continue to support risk assets for now. However, in Q3 global equities gave back some of their strong year to date performance, with the MSCI world index falling by 1% during the quarter. The S&P 500 index was flat for the quarter, Japan’s Nikkei index was up 1% and emerging market equities underperformed.

The JSE All Share index fell by 3%, but there was significant dispersion between sectors. The resources sector retreated by 8%, Naspers and Prosus retreated by 17% and 15% respectively, while the domestic shares outperformed, with the banking sector gaining 14%. Our reduced resources exposure and our overweight domestic equities contributed to our strong performance for the quarter.

Towards the end of the quarter, US bond yields recovered, with the US 10 year yield closing the quarter at 1.5. This in response to a renewal of the reopening of the economy as Covid cases in the US waned, as well an anticipation that US Fed will begin the tapering of its asset purchasing program.

South African bond yields were also higher for the period, with the SA 10 year yield closing the quarter at 9.62. The Rand was 6% weaker, finishing the quarter at 15.07. As shown in the chart 7, despite a weaker Rand and higher SA bond yields, domestic equities such as banks still outperformed.

7) JSE Banks vs the rand 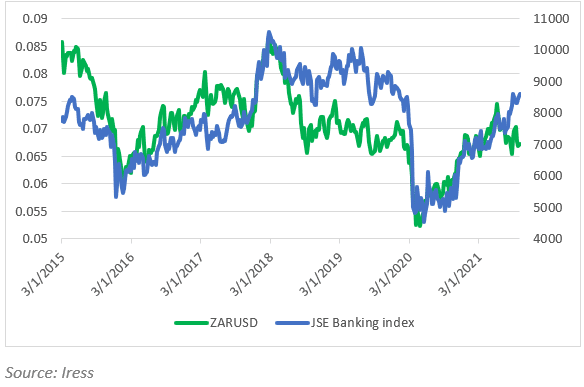 Significant portfolio transactions for the period included the following

However, as we move into the final quarter of the year, we are cognisant of the risks that lurk. As chart 8 shows, the Obsidian economic indicator remains at extremely elevated levels. We expect this index to eventually fall and growth to moderate but remain strong. This view has resulted in a slightly reduced domestic equity exposure and an increased developed market exposure. 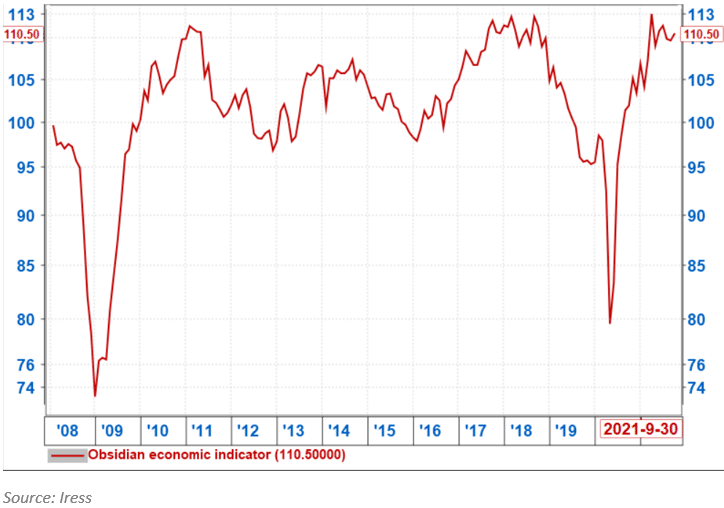 Our resources exposures have been slashed, particularly in iron ore and PGM’s for the reason outlined previously, but also because of excess (and hence unstainable) profitability. Within Resources, our preference is for Energy counters as their earnings recovery has lagged that of the rest of the sector.

We continue to like Financials and expect them to maintain strong earnings growth for another period. Offshore we see rising bond yields as welcome upside to banks’ net interest margins. Domestically we think that banks will have another strong period of earnings growth, driven by improved credit charges. We also think domestic insurers can grow earning significantly off bases that contain substantial provisions for Covid losses.

In summary, we acknowledge that we are now deeper into the recovery and global growth will decelerate in the final quarter. We have therefore added some protection to the portfolio in the form of increased offshore allocation and reduced resources. However, both the undervaluation and earnings momentum of our selected exposure keep these equities as compelling investment cases.